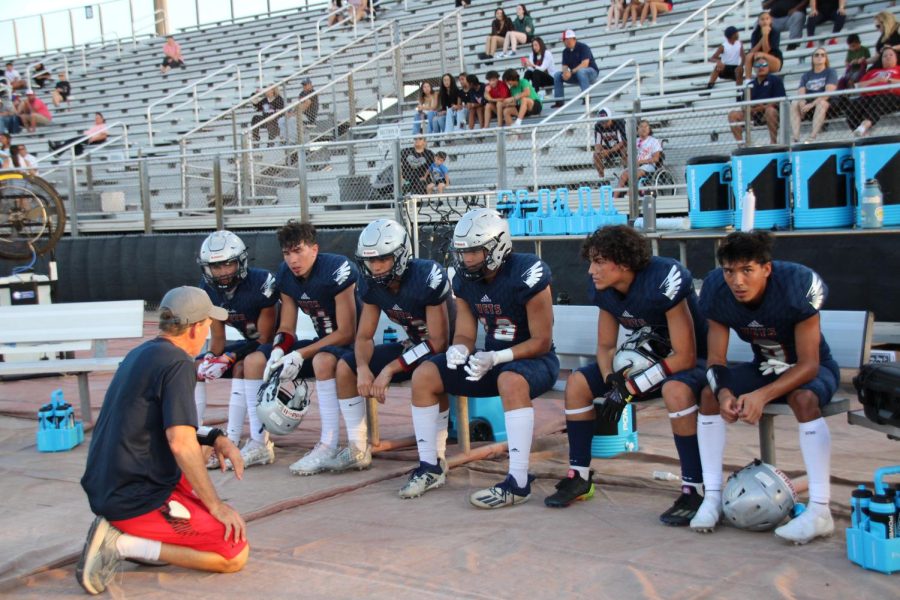 Last week, the varsity football team played their first ever game of the 2022-2023 football season. This week’s game against the New Braunfels Canyons Cougars ended in a loss for Vets.

Even though this week’s game was a good one, the coaches agree that the team could’ve done better to avoid the loss.

“I think that we could just execute better, we were there in the game but I think just execute wise if we would’ve been in a better position I think we would been able to make those plays,” Galvan said.

With this loss under their belts, the coaches and players are using the loss as an example to better improve themselves and their strategies so that the team is more confident in this week’s game against Alice High School.

“There are a lot of things that [the opposing team] showed,” Coach Lanny Wilson said. “Thats why we picked a hard non district schedule this year to show us what our weaknesses are so that we can improve them before district comes up,”

With this new learning experience, the coaches and team are working hard and taking special precautions in preparation for Thursday’s game with extensive practices to improve on their skills and techniques.

This weeks game against Alice High School is scheduled on Thursday. Tickets can be purchased in the rotunda during power hour, as well as on www.brushfire.com.

The Citizen • Copyright 2022 • FLEX WordPress Theme by SNO • Log in