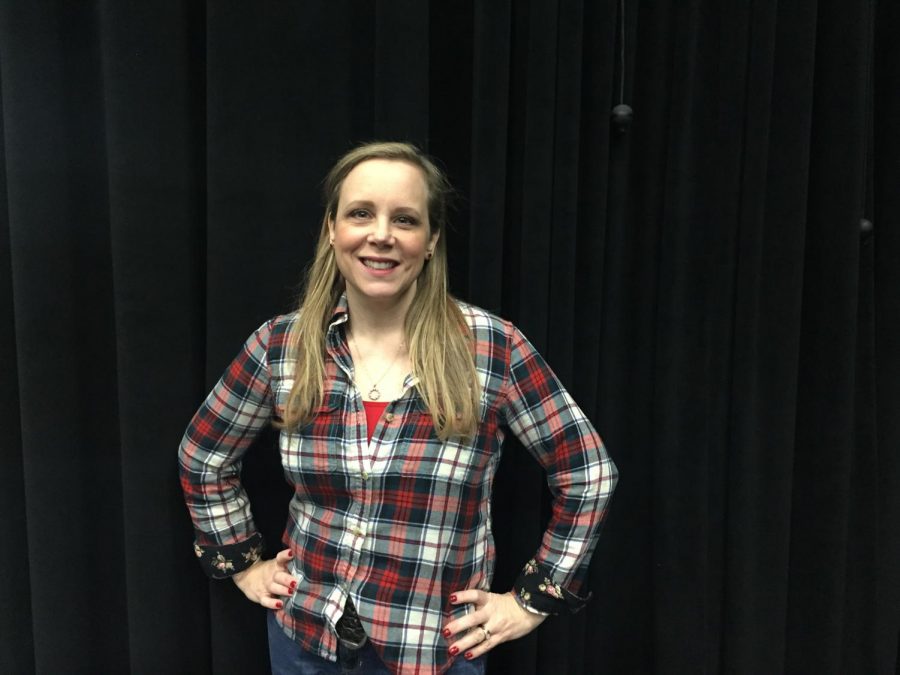 This year, our very own theatre teacher Laurel Brashears not only directed this years school play “10 Ways to Survive the End of the World” by Don Zolidis, but is also directing “A Christmas Carol” at the Harbor Playhouse.

She was looking forward to an enthusiastic student audience at our school play.

“The show we’re working on is a follow up to last fall’s 10 Ways to Survive the Zombie Apocalypse, which was a big hit,” Brashears said. “This show is similar in theme, and has some really funny moments in it. The cast is working very hard to make you laugh, so you should make plans to go see it! It’ll be the best 45 minutes of your day!”

As a director, she oversees every step in the process of putting on a play.

“We start by picking the show, holding auditions, and then beginning rehearsals with the cast for weeks,” Brashears said. “Gradually we add the tech elements, like lights, sound, costumes, scenery, props and we publicize it to make sure we have an audience on opening night!”

At the Harbor Playhouse, Brashears has some help.

“At Harbor Playhouse, I have a production team including a vocal director, choreographer, set designer, lighting designer, costume designer, and stage manager plus all the support from the Board of Directors and many, many volunteers,” she said.

On the contrary, she is almost all on her own here at Veterans.

“At VMHS, I’m a one woman show- I have to do or supervise every single step along the way. We have awesome student support and parental involvement, which is a tremendous help,” Brashears said.

To theatre student and actor Trenton Colon, Laurel Brashears’ program is essential to the school and it’s creative environment.

Students owe the impact of the program to it’s teacher.

“Mrs. Brashears is definitely the most welcoming teacher I’ve ever had to deal with. She’s really a great welcoming person,” Colon said. “She’s not overly nice, you know, where she baby’s you or anything. She’s very real with you, very genuine and I really appreciate that.”

The Black Box (the theatre room) is a place where students feel comfortable and respected.

“[The Black Box] is really the best,” Colon said. “It’s all very homey, feels like a family.”